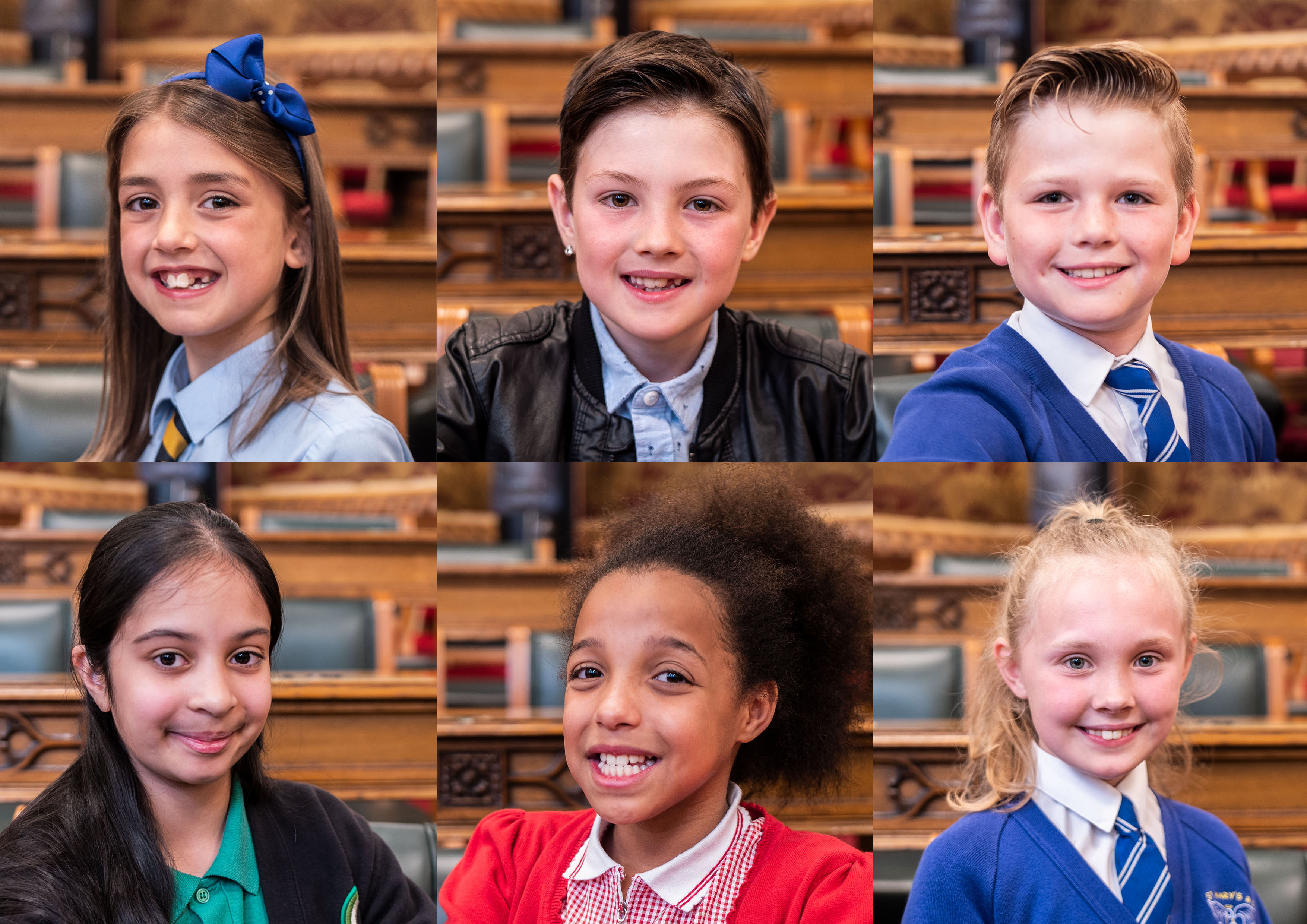 Written by Angela McCormack on 23rd May 2019

Children's Champion Candidates for the 2019 Elections!

So we now have 6 candidates through to the democratic elections for the Rochdale Borough Children's Champion...but how did they get there, what will they do and of course, who are they???

Well, this year Rochdale Youth Service had many applications forms after e-mails and applications were sent out to primary schools across the borough of Rochdale and it has been one of the hardest years ever to shortlist the applications as they were all so good!  Members of the children's council and youth cabinet met to look at the applications and they put 25 through to the interviews, the biggest number ever!  On the interview day, young people and staff observed all the applicants as they participated in team building activities and tasks, whilst a panel made up of the current deputy children's champion, DMYP (Deputy Member of UK Youth Parliament) and youth cabinet member, listened to each candidate as they gave a presentation on who they are, why they would be a good children's champion and what they would like to campaign on if elected.  After nearly 2 hours of discussion after the interviews, the 6 candidates were chosen to go through to the next stage - the democratic elections.  All those who did not become a candidate have been offered the opportunity of being a children's councillor and still having their voices heard on the Children's Council.

For the elections, every primary school across the borough will be offered a voting pack with the ballot papers, video with the 1 minute speeches of all the candidates, ballot box and information pack to give all students the opportunity to have their say in the elections.  The schools will have 2 weeks to carry out the voting and after all the boxes are collected, the ballot count will take place and the results will be announced as the Children's Champion Election Results Event on Tuesday 2nd July 2019.

So meet the 6 candidates...

2. Get everyone a buddy

3.  Make a calm room in every school

Soon the video which will be shared in schools will be available to watch so you can see who you would like to vote for.  Good luck to all the candidates in the elections!!!