Rochdale MYP Debates in the House of Commons

On Friday 11th November Tabitha Rusden, the Member of UK Youth Parliament for the Borough of Rochdale, joined 275 other elected MYPs from across the UK to debate on the top issues recently voted by nearly 1 million young people in the national Make Your Mark consultation.  MYPs sat together with others from their region and the photo above shows all the MYPs from across the North West of England.  The Right Honour John Bercow MP chaired the event as the Speaker of the House of Commons and allowed young people to have their say for and against each issue.  The debates were played live on BBC Parliament and online.  The 5 topics they debated on were:

Young people gave speeches about why UKYP should or shouldn’t campaign on these issues and MYPs gave their feedback and ideas.  At the end of the debates, all MYPs voted which campaign they should focus on across all of the UK and which should be focused on in England.  The topic voted to be campaigned on across all of the UK was Votes at 16 and the campaign to be worked on across England is A Curriculum to Prepare us for Life.  Tabitha will now be taking action on these issues across the Borough of Rochdale and will be contacting the 2 MPs on 20th January to get their support.  If you have any thoughts, ideas or issues which you would like to feed back to Tabitha as MYP, please email angela.mccormack@rochdale.gov.uk.

At the end of the event young people also shared their thoughts on a fairer, kinder democracy across the UK.  For more information on the event, visit http://www.ukyouthparliament.org.uk/news/uk-youth-parliament-calls-for-votes-at-16-in-the-house-of-commons-chamber/ 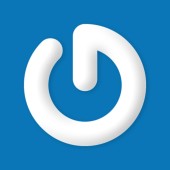